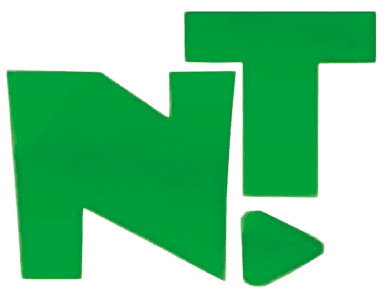 Senator Bala Mohammed is a nation builder that is committed to the growth, building, restructuring, and development of both people and communities. He is a leader of few words and robust action. He has a passion to serve humanity and has occupied various positions to this day that have shown his stewardship towards the Nigerian state and its people.

Born on Oct. 5, 1958, as a native of Duguri Town in Alkaleri Local Government Area of Bauchi State. He is married to Hajiya Aisha Bala Mohammed with children. He is a practicing Muslim and a ranking member of the opposition People’s Democratic Party (PDP).

As a faithful steward, he has served in various positions ranging from;

From the leadership positions occupied by Bala Mohammed, he has proven his capabilities as a transformational leader with undeniable results in every office he has held. He is vested in building systems and delivering on projects that empower the people and the nation as a whole.

Governor Bala Mohammed has had a major impact and has kept his promises in delivering on the job in the following areas.

The Bala Mohammed administration in Bauchi State launched a major campaign to upgrade the healthcare delivery systems, setting a record for administering the first dose of COVID-19 vaccine to 84% of its eligible population, within the state.

In his first term as Bauchi State Governor, Bala Mohammed has built approximately 250 kilometers of roads across the state into rural towns and farmlands. He revolutionized road and housing infrastructure within the state.

Governor Bala Mohammed’s administration also saw the construction of The Burga to Yalwan – Duguri to Yashi road, which is currently under construction. It connects the local government areas of Tafawa Balewa and Alkaleri. Other road constructions include:

Within the capital city, there was also the construction of

With respect to improving the housing infrastructure of citizens of the State, Governor Bala Mohammed constructed a 1,500 Housing Estate at Dungal, in addition to the ongoing construction at the Bauchi Hajj Camp. His administration has sunk 1,046 solar-powered and hand pump boreholes across the State. The upgrade of the Gubi Dam Water Treatment Plant and the Water Reservoir, near Zaranda Hotel have both been upgraded and are nearing completion.

Bala Mohammed values education, particularly for children. He is of the view that Child Education is a right that is owned by the government. So far, his government has spent over N8billion on education and has also approved payment of NABTEB exam fees for all the 1,751 SS3 students of Government Technical Colleges along with all the 499 students sitting for NBAIS exams for Government Arabic Colleges.

Within his first year in office, Governor Bala Mohammed upgraded the level of education within the state by investing in school infrastructure with the construction of 270 new classrooms and renovating 405 schools within the state. This initiative has been pushed further into hard-to-reach parts of the state, to guarantee that great education is not limited to metropolitan inhabitants.

In terms of Agriculture, the Bala Mohammed administration, within the past few years has procured over 4,000 metric tons of fertilizer for Bauchi State farmers and has sponsored 1000 students for training on better farming mechanisms. Over 5000 farmers were recipients of the fertilizers.

Governor Bala Mohammed prioritizes agriculture as a major agenda for its government and views it as an industry that brings immense benefits to the self-sufficiency of the economy, transfers technology, raises agricultural yields for domestic consumption and export that in turn enhances productivity and create employment opportunities.

Bala Mohammed’s leadership has built a strong feedback mechanism to address the insecurity challenges in both urban and rural regions. On several occasions, his administration has provided patrol security vehicles as well as welfare to support the police security force within the state in tackling insecurity.

Bala Mohammed has always been an advocate for good governance through social reforms that cut across Social Justice, Social Welfare, and Anti-Corruption.

Upon coming into power in 2019, the Bala Mohammed administration got into the action by setting up a committee task force, that was able to discover and recover billions of Naira to the state – monies that the Governor put to work immediately by reinvesting into the State by erecting lasting infrastructures such as roads [international standards], schools, water treatment plant, hospital upgrades, and refurbishment, agriculture/farming, power and water supply to rural communities, and other critical sectors of the State.

He also launched the most successful and sustainable empowerment program in the history of Bauchi State, called the Kaura Economic and Empowerment program (KEEP), which is a grant scheme that empowers the youth and women, and also provides soft loans for traders and artisans of the state.

The KEEP program today can boast of about distribution of 156 commercial buses across the 20 LGAs, distribution of 1,500 tricycles, a micro-grant of N10,000 for each petty trader, a fully funded micro-grant scheme of N200million, and an N75million KEEP initiatives per LGA for youths and women, another sum of N500m reserved for soft loans to traders and artisans.

Bauchi State, led by Senator Bala Mohammed, is the first and only state in Nigeria’s Northern Eastern area to domesticate the VAPP Act since it was adopted in July 2020.
The VAPP Act is the only statute in place that ensures justice and protects the rights and property of victims of sexual and gender-based violence across the country, transcending the criminal and penal codes. It also assures victims’ rights to justice and protection in a way that ensures their freedom, recompense, and respect for human rights.

In his fight against Anti-corruption within the state, Governor Bala Mohammed began a sanitization exercise by setting up a committee on Bank Verification Number (BVN) and authentication of civil servants on its payroll. The exercise immediately netted gains for the Bauchi people. This is as the Bauchi State Government removed 1115 employees from the payroll and saved N763,792,664.007.

Victoria-Joy Nonye Okocha, (aka) Nonye Toria, was born and raised in Lagos. Nonye is from a Royal Bloodline in the…